Constable Kenneth John Acheson joined the Royal Ulster Constabulary in November 1979, he was stationed at Bessbrook, which was a roughly 20 miles from his home in Armagh where he lived with his wife and their eleven month old baby son.

On Thursday 2nd April 1981 Constable Acheson finished duty and was driving home in his Ford Fiesta shortly after 11pm. Whilst travelling along the Derrywilligan Road, to reach the main Newry to Armagh road, he was killed by a bomb exploding. Initially Detectives believed it may have been a landmine planted on the road but they later concluded it had been a booby trap device planted under the car, possibly on the driver’s side.

Constable Acheson was buried with full Police honours in St Mark’s Parish Churchyard, during his funeral he was described as a “young man, who, in caring for the well-being of the community, joined the RUC to help protect his fellow man.” 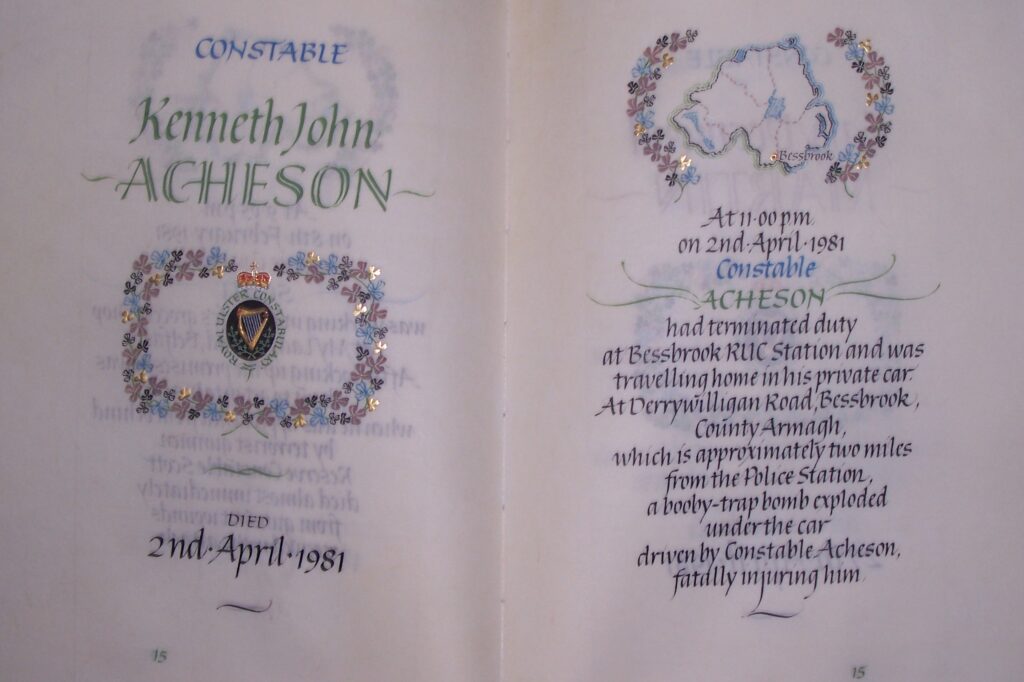 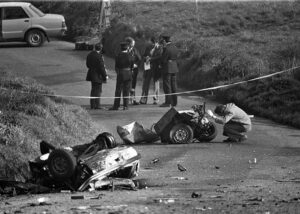 Scene of explosion which killed RUC Constable Kenneth Acheson on Armagh Newry Rd At Bessbrook 4 miles out of Newry.

Having finished duty he returned to the station, as he got back in to his car and drove home an under car bomb detonated and killed him instantly.